Bora and Upa in Dragon Ball

Correspondent "Not Who" sent me another item about an anime and video game: 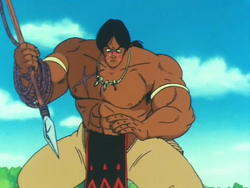 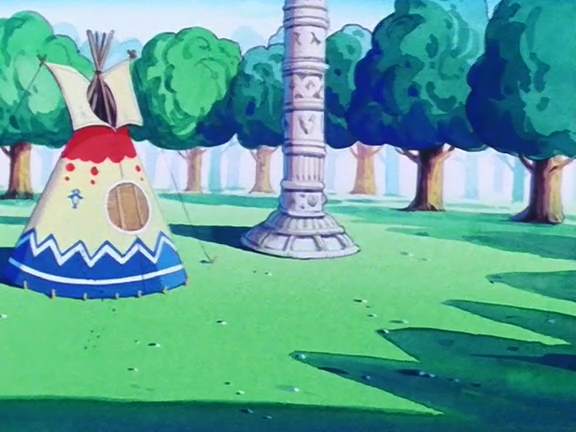 Comment:  Again, these characters look like your standard generic Indians. I don't see anything distinguishing them from thousands of other fantasy Indians. Locating them in a fictional world unconnected to any land or culture only compounds the problem.

Dragon Ball is actually an anime, not a game. Upa and Bora are just a one-time thing. Basically General Tao (And now I want chicken.*) kills Bora, and Goku promises to get the dragon balls to wish Bora back. (The dragon balls can grant any one wish. There are stipulations as the plot demands, but you know.)

I should point out that all Dragon Ball characters are oddly-drawn. Goku is canonically 14, but looks 5.

*Dragon Ball uses a lot of theme naming. Two shapeshifters, Oolong and Puar, are named after tea. One girl, Bulma, her and her family are all named after underwear. (Bulma is buruma, or bloomers.) The spinoff, Dragon Ball Z, introduced the Saiyan race and they're all named after plants, albeit in Japanese. And a load of memes.

"Dragon Ball is actually an anime, not a game."

Well, while it is a cartoon, it is also many popular videogames, in fact.