Comment:  Wow, this is someone I corresponded with. I recently posted a review of his latest work. Kind of shocking to me.

Someone told me there's more to the story than in this article. Maybe he was holding a carving knife, not a machete, because he was a woodcarver. Maybe the deputies shot him without (sufficient) cause. 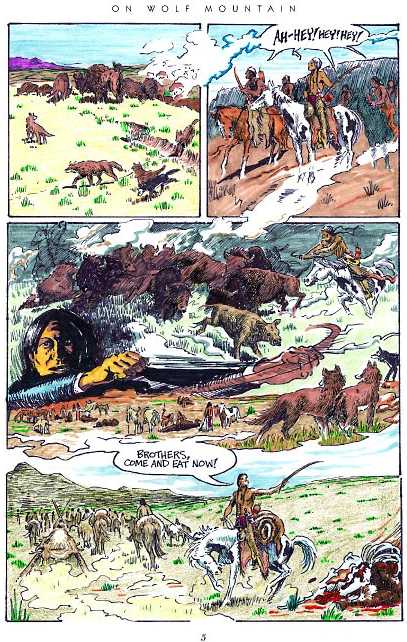 For more on the subject, see Review of Road to Medicine Lodge and Greg Burgas Reviews Native Heart.
Posted by Rob at 2:50 PM

Shades of Seattle artist/Native American sculptor John Williams, shot to death in 2010 by police, who was partially deaf and while holding a carving knife.

The shooting deaths of non-whites by police/Sheriff Deputies seemed to be more prevalent these days. Just recently in Saginaw, MI. A black homeless man was shot dead while holding a small 4" pocket folding knife. All 6 officers fired one or more rounds. Literally he was shot well over 15 times. Better yet, it was all captured on video. The man in question, was not threatening in any way, since it showed him walking away from the police.

Don't believe anything the cops tell you. In most cases involving non-whites. The shootings are certainly not justified.

Those massacres of one person like this are never justified. I wonder why they didn't taze him instead if they believed he was an actual threat?

The article says the deputies tried to tase McMurtry, but failed.