Retired bishop apologizes for mistreating the MiwoksComment:  Too bad the pope didn't take this approach when he spoke in Brazil earlier this year. 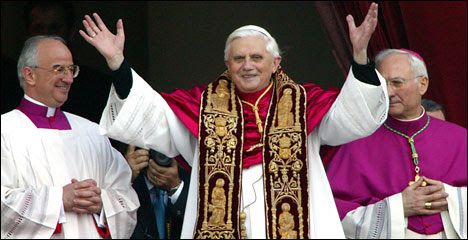 Writerfella here --
But George Lucas and his Ewoks STILL are waiting for the Pope's apology at this very moment...
All Best
Russ Bates
'writerfella'

This is remarkable. A similar thing happened here in the 1990s at my mother's church. Mommy belongs to the Church of God. An elder from the white part of the denomination came, before his death, to apologize to the black congregation for what he was a part of in separating the races in the early part of the 20th century.

The Church of God was distinct in the late 1880s for church services for both races: colored and white. At some point the whites caved in to the pressures of the time and separated the races holding annual meetings in two different parts of the country. The Blacks habitually visited the white meetings (not everybody but enough to be noticed over the century) while the meetings in West Middlesex, PA, were never visited by white folks. He was detailed in his revelations and admissions.

He, like this retired Bishop, opened a can of honesty and worms. The affect was as powerful in its force of revelation to us as the Bishop's words to the Miwoks. These types of revelations are coming slowly coming out around the country. It is heartwarming but it is just a beginning of a process of reconciliation that our white relatives are afraid of and many of us Indians, Blacks and Black Indians are angry about. We need this.