Standing Rock veterans board backs UND Fighting Sioux nicknameComment:  See my comments at the end of the article. 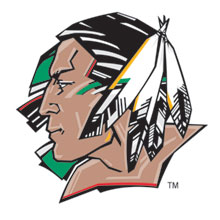