Magical Native AmericanComment:  This posting has a long list of examples from anime, comic books, movies, books, live-action TV, tabletop role-playing games, video games, and animated TV. Most of these are examples I haven't seen or covered. The comic-book and animated-TV categories are the only ones where I'd say my coverage is close to complete. 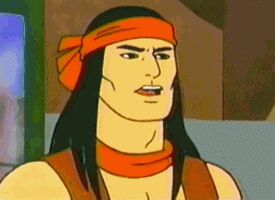