Tim Giago:  Leaving the anger and the meannessComment:  First, Giago's "Mayan" quote apparently comes from Mayan Prophecies by ThunderBeat, who's primarily a musician. Thunderbeat's website describes her this way:So ThunderBeat isn't Maya herself and has little or no credibility as a Maya expert. Yet Giago quotes her as if she's channeling the ancient Maya verbatim.

Second, the whole 2012 thing is either hype or bunk. A few postings suggest why:

No Doomsday in 2012What is the year 2012 Mayan prophecy?As always, I counterpredict that absolutely nothing of significance will happen on December 21, 2012. If Giago or anyone would like to bet on it, please let me know. I could use the money.

As for Obama's future, he'll be up for election a month and a half before doomsday. It's unlikely that a Maya prophecy for what happens after 12/21/12 can affect what happens before that date also.

And what is Giago saying, exactly? That if Obama loses, a Sarah Palin type ("drill, baby, drill") will lead the fight against global warming and other environmental threats? Or that we'd better make sure Obama doesn't lose...or a Palin type will usher in the apocalypse?

My prediction is that Obama will have a mixed-to-good record similar to Bill Clinton's after four years. Rabid right-wingers will still be attacking him as a socialist and a Muslim. In the unlikely event Republicans nominate a moderate--or someone who can pretend to be a moderate (e.g., Pawlenty or Romney)--Obama will have a tough reelection campaign. If they nominate a flake or a kook such as Palin or Jindal, Obama will coast to victory. 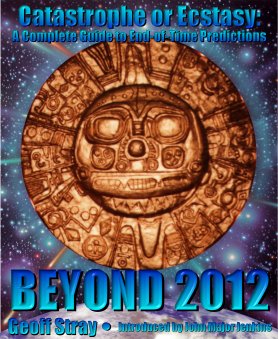 Romney robo-called me. Regardless of any of this, I refuse to vote for any candidate who ignores the "Don't Call Act". They are not required to by law, but it is only decent that they do so.