An interview with Victor Rocha, founder of the PECHANGA.net website, in the August 2007 issue of Indian Gaming.

Up Close with Victor Rocha,Founder of Pechanga.netComment:  As you probably know by now, I work for Victor at PECHANGA.net. Check out the interview to learn about our work. It's a good read even if he made me say that. (Just kidding, Victor!)

For more on the subject, see Leading Native News Sites and Native Journalism:  To Tell the Truth.

P.S. I added paragraph breaks to this Q&A to make it more readable.

Below:  The "cyber-shaman" in his cave during PECHANGA.net's early years. 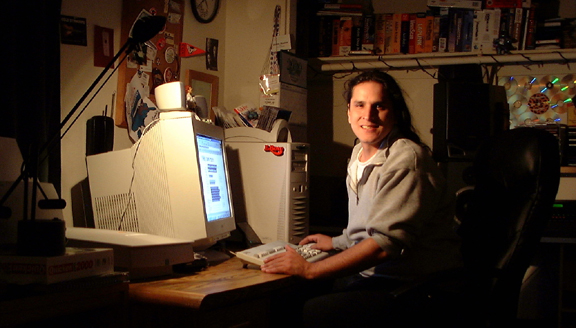