By Mark Feeney and Bryan MarquardComment:  I think Zinn's account of Columbus's crimes against Indians is still the definitive one.

For more on the subject, see The People Speak on the History Channel and Morison Buried Columbus's Crimes. 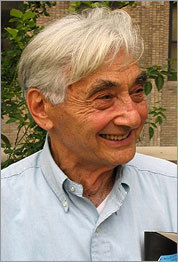 Chomsky's not the best sort of character reference. He's one of the few "intellectuals" to come out in favor of Pol Pot's huge massacres in the 1970s, and he is quick to favor totalitarianism and authoritarianism.