Guest blogger:  Wes StudiComment:  I'm not convinced Studi, who was born in 1947, knows how Indians spoke 50 or 100 years earlier. But for the sake of argument, let's suppose he does. There are still several problems with the broken or pidgin English (i.e., Tonto talk) spoken in Westerns.


So no, there's no excuse for the Tonto talk heard in many Westerns. People who don't speak English 1) speak their own language fluently, 2) express complex thoughts in whatever language they speak, and 3) don't make the same grammatical mistakes over and over. A movie that shows Indians talking like Tonto is almost certainly wrong. It's repeating decades of stereotyping, not depicting genuine ESL speakers. 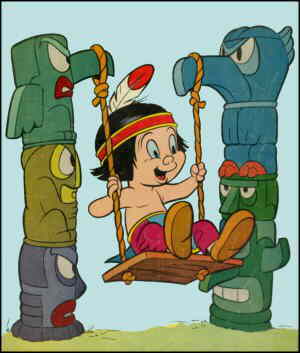 He has such recognizable voice. I knew it was his voice when the Leader of Na'vi spoke in the Movie Avatar

You forgot these guys.