Someone reminded me that Queequeq isn't the only indigenous character in Moby-Dick. The crew includes an actual Indian, Tashtego:

TashtegoTashtego--Character AnalysisComment:  I don't recall if Melvilled described Tashtego as a savage, but people have pictured him as one. Wearing warpaint...in a whaling ship? Going naked except for a loincloth...on the windy, stormy sea? A hawk-man...the Indian as a predatory animal? (For another example of this, see Twilight.)

For more on the subject, see Raoul Trujillo as Queequeg and The Best Indian Books.

Below:  Queequeg, Tashtego, and Fedallah. 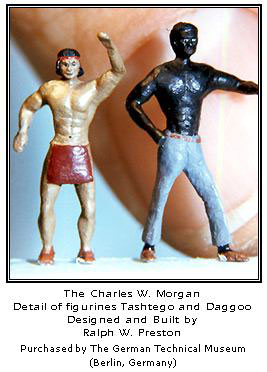