Too many honorary chiefs

To be an honorary "Chief"

By Trevor GreyeyesComment:  If I were a tribe, I might grant honorary citizenships, but I wouldn't name honorary chiefs. That's like saying a stranger is equivalent to a duly elected leader with a lifetime of cultural experience.

As Greyeyes indicates, it seems like pandering to the Great White Father. Like saying, "We're so naive and parochial that any white man can step in and lead our tribe."

For more on the subject, see Obama Joins Crow Nation. 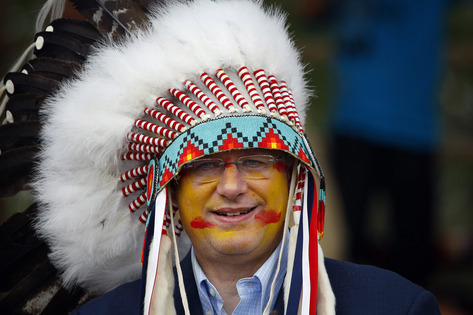 During World War II, Stalin was made an honorary chief. Seriously.