As I've thought all along, entrusting the Lone Ranger and Tonto to Johnny Depp was a mistake. Apparently I was right again. Here's more on why Disney shut down The Lone Ranger:

Is Hollywood Getting Fiscally Responsible Or Losing Its Nerve?

By Dorothy Pomerantz'The Lone Ranger' is out of the saddle

Disney suspends the planned production of the western because of worries about its cost. Johnny Depp was to star.

By Dawn C. Chmielewski and Richard VerrierWerewolves? Did you read that right? Yes, you did.

Twilight of the Caribbean

Dances With WerewolvesAnd:No Captain Jack crap, just werewolves and (I'm guessing) shamans, spells, and burial grounds. I.e., the usual supernatural crap that has passed for Native culture in the last century or so of movies.

By Ben MooreAnd:Comment:  What was this "Native American wolfbeast" supposed to be? A Navajo skinwalker? A Wendigo? Or just your garden-variety Quileute werewolf?

Moore may take a middle position, but I don't. This has to be one of the stupidest moviemaking decisions ever. Native "wolfbeasts"--including skinwalkers, Wendigos, and sasquatches--have been done hundreds of times in movies, TV shows, novels, comic books, and video games. This is one of the least original ideas ever. If you're talking about supernatural stories involving Natives, it may be the least original idea.

Then there's the fact that the movies have inundated us with Native werewolves in the last few years. Have you ever heard of a little something called Twilight, idiots? Why in the freakin' world would you gamble $250 million on a rehash of a franchise still in the theaters? What are the odds that audiences are hungry for still more movies featuring werewolves?

This news proves what I thought: that Depp has little respect for or understanding of Native cultures. When he thinks of Indians, he apparently thinks of ghosts, demons, and other spooky stuff.

I gather his version of Tonto was supposed to be Comanche. Was the beast part of Comanche culture also? Was the movie going to invoke Comanche rituals to track it or contain it? I doubt it.

Or was the movie going to feature a generic tribe with a generic "shaman" chanting about a generic beast? That is, a generic beast cribbed from the Navajo skinwalker, the northeastern Wendigo, the northwestern sasquatch, and a dozen other Native "monsters" across the continent? A beast that would confirm everyone's stereotypical beliefs: that Natives are associated with dark, demonic forces because they're less civilized and more savage than the rest of us?

I've got a lot of money that says the latter.

Then there are the practical considerations:

1) A werewolf movie might alienate the fans nostalgic for the Western hero. Meanwhile, it wouldn't attract fans who have seen dozens of movies and TV shows about vampires, werewolves, and zombies. It's offering the worst of both worlds: no nostalgia for traditionalists and nothing new for trend followers.

2) If the movie did well, where would the sequel go? The Lone Ranger meets Dracula? The Frankenstein monster? It's kind of hard to return to bank robbers and cattle rustlers after a monster mash. You're risking a potential franchise on the hope that people secretly want a Western Night Stalker.

3) Jonah Hex, True Grit, Cowboys and Aliens, etc. Where's the evidence that anyone in Hollywood knows how to make a successful Western?

4) And, of course, the incredibly inflated budget. How bad a filmmaker do you have to be to get your movie canceled after a studio greenlighted it?

These days, anyone who thinks a werewolf is a good idea--much less a $250 million good idea--should be barred from making movies. Pitting the Lone Ranger against a "wolfbeast" is like something a kindergartner would think of. "Let's have Superman marry Barbie, James Bond turn into a robot, and the Lone Ranger fight a werewolf. Wouldn't that be cool?"

Below:  The real star of Johnny Depp's The Lone Ranger? 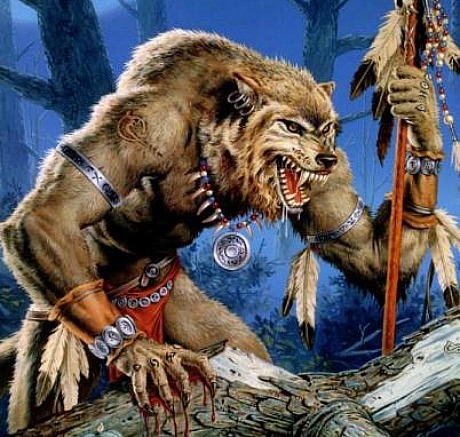 This is getting ridiculous! This might be interesting for 20 to 30 year old unemployed losers, living with parents and the current wave of sci-fi action, super hero genre Hollywood has been pushing lately, but to me, enough is enough.

If the film is about re-inventing Tonto, then call it Tonto Snags Werewold Women! Stop using the Lone Ranger as a selling point to a concept that does not exist. I would rather see a good western about corrupt cowboys cornering the Lone Ranger as Tonto comes to the rescue. Wasn't that the whole scenario of the original TV series? The vampire werewolf thing is getting old. We've seen sexy horror with the boring high school Twilight series as well as the better (my opinion) Underworld films.

you can go here to find out more about the guru masterclass.. [url=http://www.helpandinfo.com/guru-masterclass-by-eben-pagan-free-training.html]Eben pagan guru blueprint[/url]

You can learn much more about marketing by just listening to this guy talk. he is such an amazing personality. See as eben pagan releases his master class..
guru blueprint..

Werewolves? LOL Isn't that in the Romanian countryside? (Or is that vampires? I don't know anymore.)

But for the last time, we don't fracking transform into wolves!

"Blastr" reports that the movie is on again.