A good article makes a bunch of points about Native stereotypes:

By Sanjay TalwaniComment:  Wow, what a great anecdote to begin this article with. "You can't be a professor, you're an Indian."

That kind of stereotypical thinking must hold Indians back in a million ways, large and small. Imagine how it influences educational policy in Indian schools, for instance. "These people are just going to become truck drivers or construction workers, so why give them a world-class education? Why waste the money on uncivilized savages who have barely become human?"

For more on the thousand-plus stories I've tagged with "stereotypes," see British Couple Married as "Indians" and Courts Okay Jury Bias Against Indians. 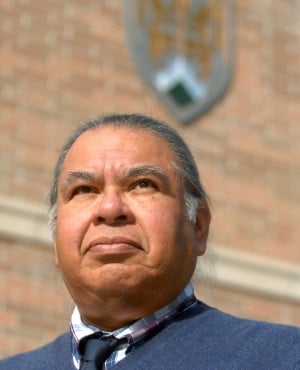 Mary Crow Dog was involved in making sure South Africa's first free elections were truly free. Back in the 70s, the Navajo had an electronics company. (Of course, being that it was over 30 years ago, their products would be horrible by today's standards.)

Why be defined by anyone else? Native peoples have been doctors, lawyers, politicians, artists and educators, all before 1492 in our own nations. White people are fooled by paper and BS. Reminds me of the film, "Catch Me If You Can" where a young kid got away with everything simply because he had the papers, the BS and the looks to fool everyone, but an Indians profession must be scrutinized?