When Genocide Lost a Debate

By Carol BerrySome of the deniers' excuses:And:And:Comment:  Like many Americans, these lawmakers are obviously in denial. And since the resolution passed on party lines, we can safely say conservatives are more in denial.

Then there's the resolution's "negative" nature and the claim that Americans gave the Indians "many blessings." Does that include poverty, crime, and disease? Thanks for nothing, Americans.

What do these "blessings" have to do with the documented crimes against Indians? How does acknowledging these crimes affect the legacy of "blessings"? Why can't we have both, not one or the other?

Who cares if the resolution is "negative"? Why would anyone feel the need to defend dead white men over dead Indians? If our ancestors did wrong, let's set the record straight and say so.

You know the answers to these questions. Americans won't apologize for or even admit their moral crimes. You know, the flaws in their myth of God-loving goodness. Such admission would shatter the illusion of American exceptionalism.

That's what the opposition to this resolution is really about.

We can see this thinking in the preference for words such as "tragedy." They're the same words politicians such as President Obama use when describing American history. Something bad happened to Indians and blacks, but we can't say who did it or how utterly immoral it was. Like a flood or an earthquake, it was a "tragedy" beyond our comprehension.

In contrast, acknowledging the genocide means acknowledging the shortcomings in American society. The shortcomings that are crippling us, judging by the hate for Obama, liberals, women, minorities, immigrants, the poor, gays, Muslims, atheists, and so forth and so on. Deep down we believe that white male Christians--people like the Pilgrims and the Founding Fathers--are the "real Americans." And everyone else is a wannabe, moocher, or bum.

For more on the subject, see Gingrich Cheers Killing of Indians, Chomsky on Genocide Denial, and Descendant Excuses Columbus's Crimes. 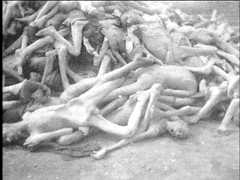 Bullshit. Those estimates are way off. Pre-Columbian native populations in what became the lower 48th never exceeded 2 million . No genocide.

You might want to familiarize yourself with the research on the subject, Anonymous. Here, I'll do it for you:

The population figure for Indigenous peoples in the Americas before the 1492 voyage of Christopher Columbus has proven difficult to establish and rely on archaeological data and written records from European settlers. Most scholars writing at the end of the 19th century estimated the pre-Columbian population at about 10 million; by the end of the 20th century the scholarly consensus had shifted to about 50 million, with some arguing for 100 million or more.

Besides, the number is irrelevant. If Europeans tried to wipe out the Native population, it doesn't matter how many Indians there were. Genocide is genocide whether it's 100 or 100 million people.