An exuberant New Orleans ritual commemorates the friendship of escaped slaves and Native AmericansAnd:Comment:  A naked, dark red Native woman to portray the Trail of Tears? Headdresses copied from myth-making Wild West shows? Wow...that pretty much says it all.

I guess "broadly, even generically" is a polite way of saying "falsely and stereotypically." Nothing about the Mardi Gras names, costumes, or customs represents genuine Indians. The celebrators may be celebrating genuine history, but they're doing so in false and stereotypical ways. 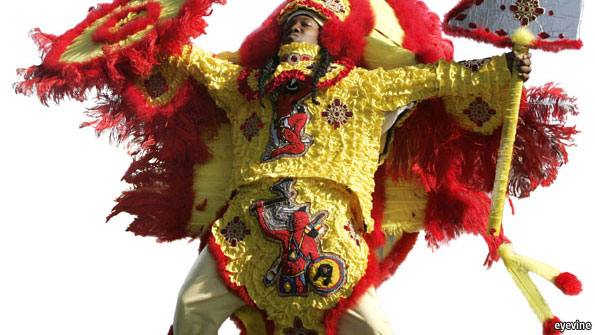