Origin of Idle No More

How the "Idle No More" movement started:

What the movement wants:

The natives are restless. Wondering why?

By âpihtawikosisânComment:  For more on the subject, see Idle No More Day of Action and Children Demand Fairness for Natives. 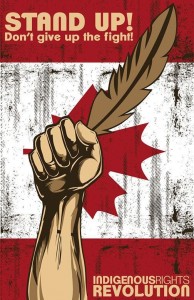