The facts put the lie to racist and sexist Republicans like Mitt Romney and Bill O'Reilly. Indians and other minorities vote Democratic because they aren't blinded by their prejudices. They understand how the economy works and can see that Democrats are better fiscal managers.

By Zoltan Hajnal and Jeremy D. HorowitzComment:  For more on the subject, see Republicans Alienated "Nontraditional" Voters and Letters to Romney on "Stuff." 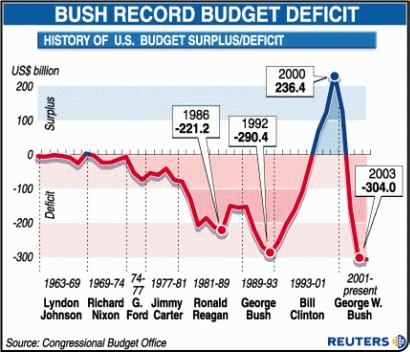 If you're rich, your budget is infinite. That's why rich people vote for people who can't understand a budget.