Native filmmaking "on the fly"

Teens making films 'on the fly' out in Indian Country

Below:  "Raven Two Feathers of Seattle directs a short documentary about the Suquamish Indian tribe as part of the 2013 SuperFly Filmmaking Workshop." 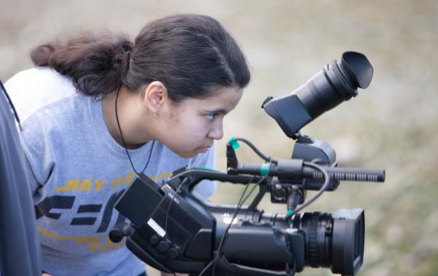