Tribes Take to the Vine

From Santa Barbara to British Columbia, Native American vineyards are a growing business

By Matt KettmannAnd:Comment:  For more on the subject, see Osoyoos Band's Nk'Mip Winery and Yoche Dene Wine and Olive Oil. 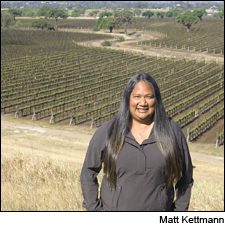