Oglala Sioux Tribe to have its own privately minted coins

By Doug DemmonsBelow:  "The winning and runner-up designs for the Sioux Nation dollar coin to be issued by the Native American Mint have been released." 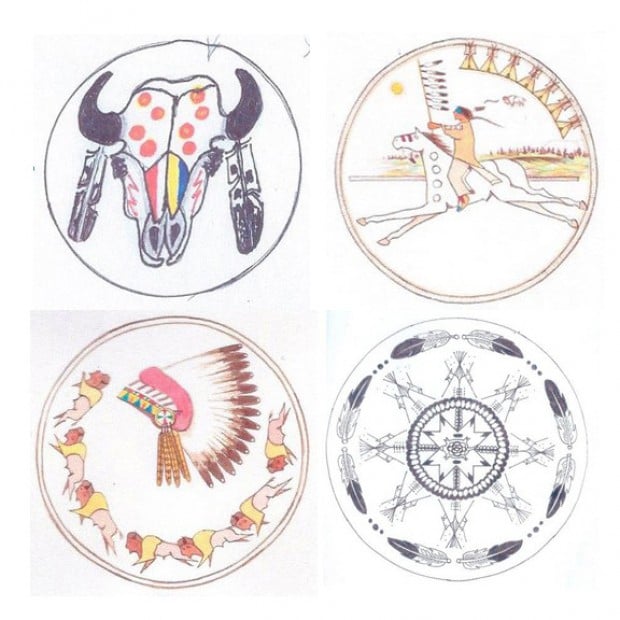 Comment:  I guess the first two designs are the winners. I like the second one best. The first one would be good if it were drawn by a good artist and perhaps shown in a three-quarters profile.

For more on Native-themed currency, see 100th Anniversary of Buffalo Nickel and Aboriginal Art Removed from Canada's $20 Bill.
Posted by Rob at 10:30 AM