By Brandon HubbardAnd:Comment:  Again, the Odawa were only the third tribe to legalize gay marriage, not the first. Rest assured that I'm not going to post about every gay marriage among Indians. But this story is significant because of the White House invitation. It shows how mainstream gay marriage is becoming. 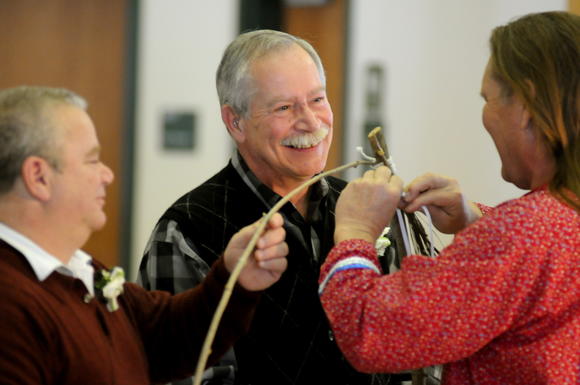 Yeah, two of the biggest concerns in AIDS are budget and memespace. Memespace is particularly dangerous because a lot of modalities, proven or otherwise, can compete in the meme pool with "abstain, be faithful, use condoms, or die". I mean, one of the biggest issues in Africa is that those modalities (especially the "AIDS isn't real, take your vitamins" modality) end up winning. (And that's no different than the antivaccine movement: We have the British Medical Journal, JAMA, Pediatrics, and the Lancet; they have Oprah!)

I remember an epidemiologic study a few years back saying Indian youth were more likely to "experiment", but I don't know how true it is. I can say that among the Sioux, homophobia wasn't really a thing. There were taboos regulating homosexuality, but there are taboos regulating heterosexuality too, so really...