Where Evel Knievel Never Soared: A Wallenda Flies Over the Grand CanyonWallenda skywire crossing a boon to tribal park

Some people noted the misleading references to the Grand Canyon: 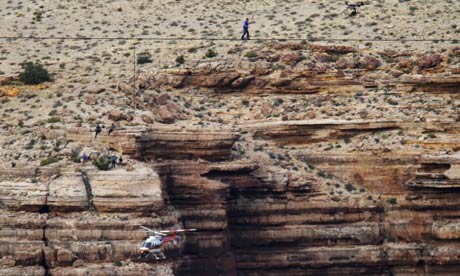 By Levi RickertComment:  For more on the subject, see Tightrope Walk Over Grand Canyon Planned.