Native-style savages in Game of Thrones

Latoya Peterson of the Racialicious blog writes about the new HBO fantasy series Game of Thrones:

Can I Just Watch A Game of Thrones in Peace? [Brown Feminist Fan Rant]

She starts by noting the problem with fantasy in general:Then she dives into Game of Thrones:Finally, she addresses a typical fan's comment:Comment:  For more on savage Indians, see Origin of "Fighting Sioux," Wild "Indians" in Trucksgiving, and Tribe of Arrows Reality Show. 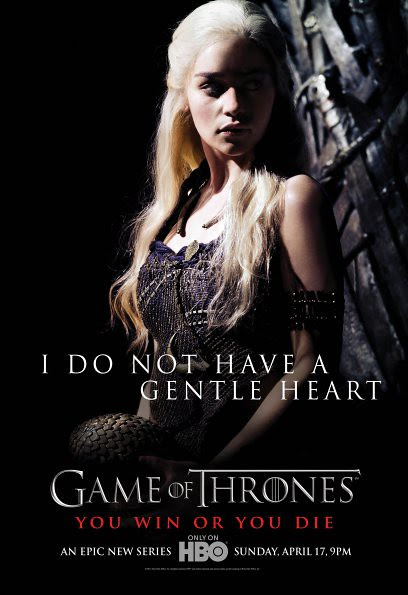 Tolkien is the root source of much of fantasy fiction, including the George R. R. Martin books.

The Haradrim, clearly intended to be black Africans, or northern Africans, were nothing but evil hordes.

Tolkien was trying to create English legends. I always thought that the Haradrim were Arab and if you have read the book you will know that he acknowledges they have families, loves, hopes, dreams and being far away from home to fight another's war. Also Tolkien, unlike many authors of fantasy, had strong female characters that didn't need to get about half naked. A better example would be Star Wars where the only main female character was white (and she needed to be rescued twice, and still at points, was half naked). The only other female leader was at the end of A New Hope (commander giving orders). The rest were "alien" strippers, slave girls and entertainers.