Students protest using regalia for HalloweenAnd:Comment:  Usually we have at least one Halloween posting a year. I'm glad to see we didn't go without this year.

I've posted dozens of Halloween-style costumes in my Stereotype of the Month contest. Below are a few of them: 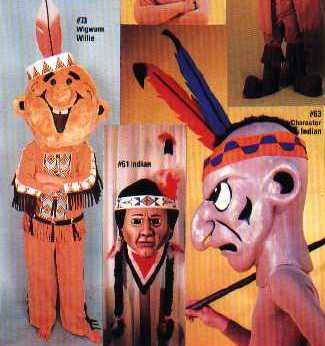