Only 11 Native writers in Hollywood?

A new Writers Guild caucus hopes to extend that heritage into Hollywood.Comment:  Judging by what I've seen in the Creative Spirit competitions, there are a lot more than 11 Native writers in Hollywood. The problem is that most of them don't have (writing) jobs with the major studios. They're writing documentaries, short films, plays, or skits rather than big-name movies or TV shows. 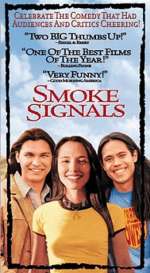