You mean this mascot would be acceptable if he were smiling? A smile hasn't made Cleveland's Chief Wahoo acceptable.

I'd say the biggest problem isn't the scowl. It's the idea of using a Plains Chief in California. And associating it with "Warriors," feathers, and an arrow.

P.S. Another scowling chief who must go: 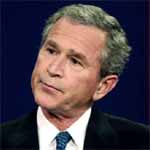