Fred Roeder reports on what seems like a typical encounter between 19th-century colonizers and Indians:

Cultures Collide at Richland CreekComment:  What was the outcome of the battle? Eighteen white men and "countless" Indians dead.

The article doesn't exactly say it, but it implies the Indians attacked the surveyors without an immediate provocation. In other words, it was a preemptive strike. Does anyone want to argue that this wasn't a justified act of self-defense?

What this ignores is that these strategies take time and planning. While the Indians were arguing about the least harmful way to make their point, the surveyors might've sent for reinforcements. The US might've sent in the cavalry. Settlers with communicable diseases might've entered the area. Someone might've signed another treaty giving away the land.

US law re trespassing

This is exactly why US law lets homeowners shoot trespassers who present a clear and present danger. The law doesn't require you to find the least harmful remedy if there's objective evidence that you're threatened. It lets you employ lethal force because you're at risk of lethal force yourself.

Note: I believe states like Texas let you shoot trespassers if you simply feel threatened, or for no reason at all. To me this is going too far. If there's no objective evidence that you're in danger, you shouldn't have the right to kill anyone, even a trespasser.

But I digress. In the Indians' case, they had about 350 years of evidence that Euro-Americans meant harm. That they intended to take the Indians' land and kill anyone who got in the way. That they'd wipe out the Indians' culture, identity, and very existence if necessary.

The Indians did everything morally required of them at Richland Creek. They gave the surveyors every warning, every chance to stop their trespassing. When the wrongdoers didn't comply, the Indians meted out a harsh but ultimately fair justice.

I don't know the details of most Indian attacks, but I suspect this attack was typical. I believe the legal term for this is justifiable homicide. The Indians were justified in killing people to protect their land and lives.

As I'm sure I've said before, I'm not a violent person. If I were in charge, I probably would've risked my people's lives to negotiate some accommodation with the government. Many Indian leaders did this and their people suffered for it, so peaceful negotiations were no panacea. Those who attacked violently sometimes gained years of freedom before being forced into rez-based servitude.

The point is that regardless of what you or I might've done, preemptive strikes were a legitimate military strategy. They were acts of moral calculation, not mindless savagery. They didn't end up working better than peaceful negotiations, but I'm not sure they ended up working worse, either.

Again, if it were me, I'd attack trespassers only as a last resort. But it's not fair to judge Indians who had a limited knowledge of the nature of the white "problem." They had no idea how many additional Euro-American threats loomed over the next hill or wave. No idea whether peaceful negotiations or violent attacks would produce better results in 50, 100, or 500 years.

This argument I've developed applies to the Jamestown Massacre of 1622, King Phillip's War, and many other conflicts "started" by Indians. It probably applies to Geronimo's raids, although I'd have to know the details to be sure. Feel free to apply this argument to those debates.

For more on the subject, see Rob Dismisses Native Resistance? and Rob Hypocritical About Genocide? 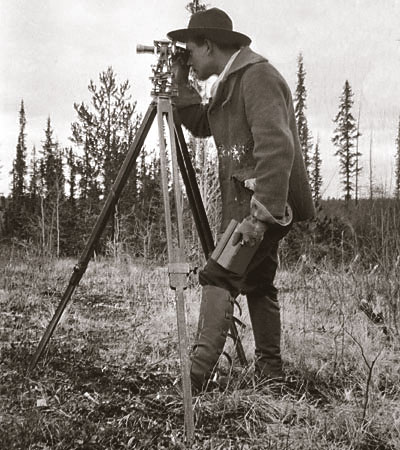 Ah, but you are forgetting the critical M'Naughton case, where John Marshall's court invented the "Doctrine of Discovery" whereby white people gain title in fee simple to land merely by stepping on it, or if they are a king by looking at a map of it.

I find it hard to get into splitting hairs of morality hundreds of years ago, and comparing conflicting standards that are often both barbaric by today's standards (i.e. border-area Anglos can't get away with shooting illegal Mexicans trespassing on their ranches.).

Except when things really stand out, like Columbus and the holocaust on Hispaniola.

Local said: "or if they are a king by looking at a map of it."

Or a Pope divvying up Latin America between Portugal and Spain.

"I don't know the details of most Indian attacks, but I suspect this attack was typical."

So in other words you don't know what you're talking about.

"The point is that regardless of what you or I might've done, preemptive strikes were a legitimate military strategy."

By your logic (or lacke thereof) dresden and hiroshima are justified; thanks for demonstrating your hypocrisy.

"They were acts of moral calculation, not mindless savagery."

Incidents like Jamestown were savagery (just like the pequot massacre was savagery) however I don't consider this specific incident to a case of savage mass murder. Comparing richland to jamestown is an example of apples to oranges.

"If they were Anglo homeowners and the trespassers were illegal Latino immigrants, I'm sure no court would convict them."

Ah what schmidt post would be complete without a weak racism accusation? As dmarks pointed out that simply isn't the case.

Stephen, a lot of historians do justify Hiroshima (which wasn't a preemptive strike, given that violence was already well past the "pre" stage), citing the number of lives on both sides that would have been lost had the war continued. Moral? No. Admirable? Certainly not. Strategically justified? The military at the time definitely believed so.

Sound military strategy does not equal moral high ground. It's a cost benefit analysis that *requires* value to be assigned to human lives.

I'm aware of that and I think the slaughter of civilians is never justified. However my point is that Rob's whined about Hiroshima and yet he's defended atrocities like Jamestown, blatant hypocrisy. Rob's arguments remind me of similiar nonsense spouted by militant (Irish) republicans I've argued with who've tried to defend atrocities like the droppin well bombing (committed by the INLA).