Roger Goodell on Redskins Name: ‘If One Person is Offended, We Have to Listen’

by Chris LingebachWashington Redskins: Time to change the name?

Then there's Rush Limbaugh, whose long history of racism is well-documented:

Rush Limbaugh Denies Anyone Is Offended By 'Redskins' Name (Audio)

By Michael AllenComment:  So much stupidity in Rush's brief comments. For instance:


Rush is a big fat liar if he thinks we care how the nickname goes away. All we want is it gone.

And if the "freedom" to use racist slurs is diminished...well, that's no big loss. If bigots like Limbaugh don't like having to curb their bigotry, they can leave. 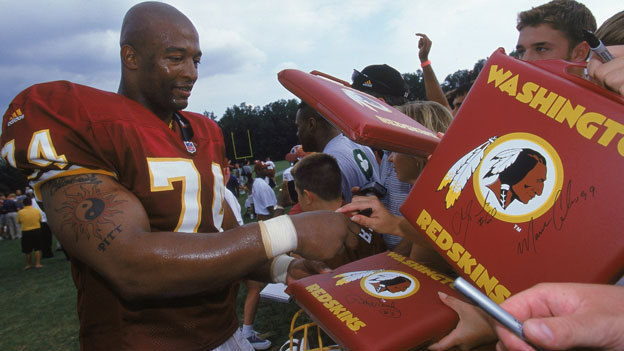