A Museum Works to Reinvent Itself, as Well as the American West

Below:  "A 1948 Indian Chief motorcycle and the painting War Music II, by Mateo Romero (2008)." (Stephanie Diani for the New York Times) 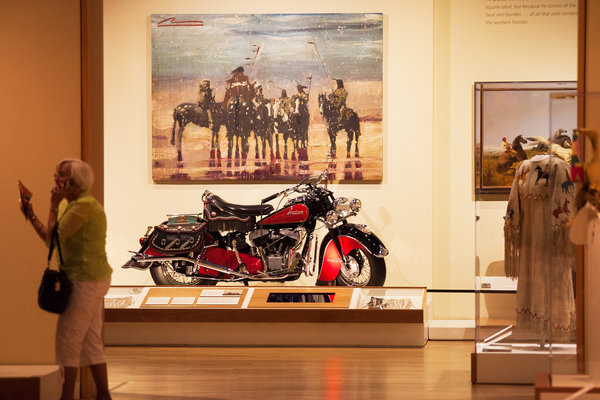