By Glen MobergComment:  Let's review: Republicans love racist mascots so much that they're willing to pass a state law upholding them. Democrats oppose this change and were responsible for the current law, which impels school distracts to change offensive mascots.

In short, Republicans are pro-racism and Democrats are anti-racism. Any questions? 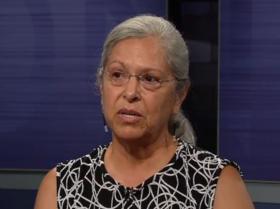