By Andrea J. CookComment:  Apparently Wyant gave no thought to moving his museum closer to Rapid City, Pine Ridge, or Wounded Knee. I.e., the places anyone interested in Wounded Knee would go to first. Too bad.

Below:  "Last September, an electrical fire destroyed most of the artifacts and collection in the Wounded Knee museum in Wall. A year later, owner Steve Wyant has rebuilt his museum in a new space in downtown Wall." 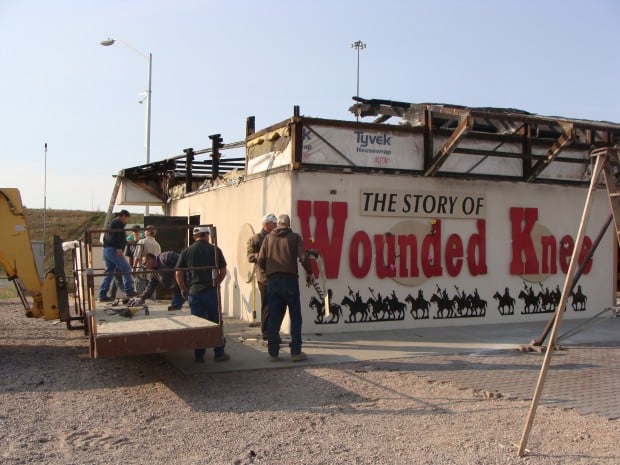