Recently I wrote about how Native stereotypes increase other stereotypes. Now a blogger has come to conclusions similar to mine. She makes the case that all stereotypes are related.

This Stereotype Affects You, Too

By Jenn FangComment:  For more on the subject, see The Harm of Native Stereotyping:  Facts and Evidence. 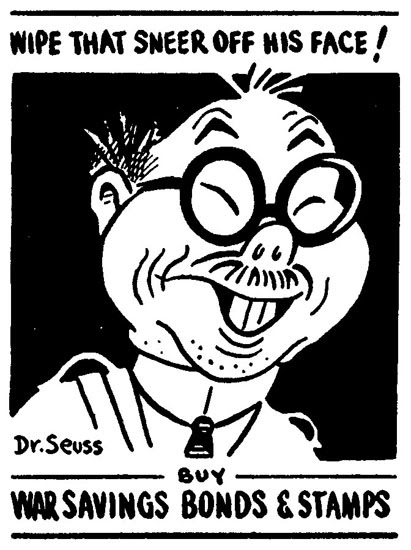 Been reading through your writings and came across this piece. Why did you feel the need to dig back over 50 years for the Asian stereotype picture? Wouldn't your case be far stronger if you used pictures of recent vintage. Otherwise, it's easy to just dismiss the complaint as no longer relevant.

" that all Muslims are terrorists (for example) doesn't just affect the Muslim community. It's likely to encourage anti-black, anti-Latino, anti-Native American and anti-Asian resentment"

Technically, many of the Muslims involved in the stereotyping, such as Osama bin Laden, the Taliban, and the 9/11 highjackers, are Asians also.

1) I don't have a big collection of Asian stereotypes, and I'm trying to avoid "borrowing" people's images unless it's necessary.

Portraying this as a recent problem seems like a weaker argument to me, not a stronger one. People could dismiss it with something like, "Today's kids don't mean any harm. They just don't realize what they're saying."

The phenomenon is harder to dismiss when you realize it's been going on for centuries. After Euro-Americans demonized the Indians they killed or enslaved, it became easier to do the same with Africans. And so forth and so on with Latinos, Asians, and other minorities.