People have been protesting the Koff Beer ads ever since someone posted them on Facebook a few weeks ago. Someone named Angel Bigstone finally acted. She wrote to the company and posted their exchange on Facebook:The response, received May 19:Comment:  Yes, we can tell how much Finns respect Natives from Cowboys & Findians episode of The Dudesons in America. Or not.

Note that the bottle uses the same Indian chief seen on thousands of products. Is this really a sign of respect, or ignorance? (See The "Honor" of a Plains Chief for the answer.)

Also, you have to be pretty damn ignorant not to know about the tragic role of alcohol in Indian culture. If you thought using Indians to promote drinking was a good idea, you didn't think much. What kind of "experts" did you have who signed off on this idea?

Thoughts for beer makers and protesters

A few more points to consider:

1) The recent online protests were a waste of time since the commercials were already off the air. Which is why I prefer to educate people in general rather than shut down particular offenses.

2) Previous protests were effective. They actually got through to the beer makers and convinced them to change their position.

3) Sounds to me like Sinebrychoff's "consultants" for the commercials may have been the actors themselves. Wow, that seems like a mistake. Actors have an inherent conflict of interest, since they need or want the work. How seriously can they criticize a production when their income may depend on it?

The same would apply to a situation such as consulting Saginaw Grant about his Dudesons episode. Grant was in it, so he wasn't going to give an unbiased opinion. He was going to say what he did say: that no one will care about the stereotypes because the show is a joke.

Next time you want an unbiased opinion, don't ask an insider whose job depends on the answer. Ask an outsider like me. I'll be glad to set you straight after your "yes men" have mollified you.

For more on the subject, see Teepees in Koff Beer Ad and New Indian Beer. 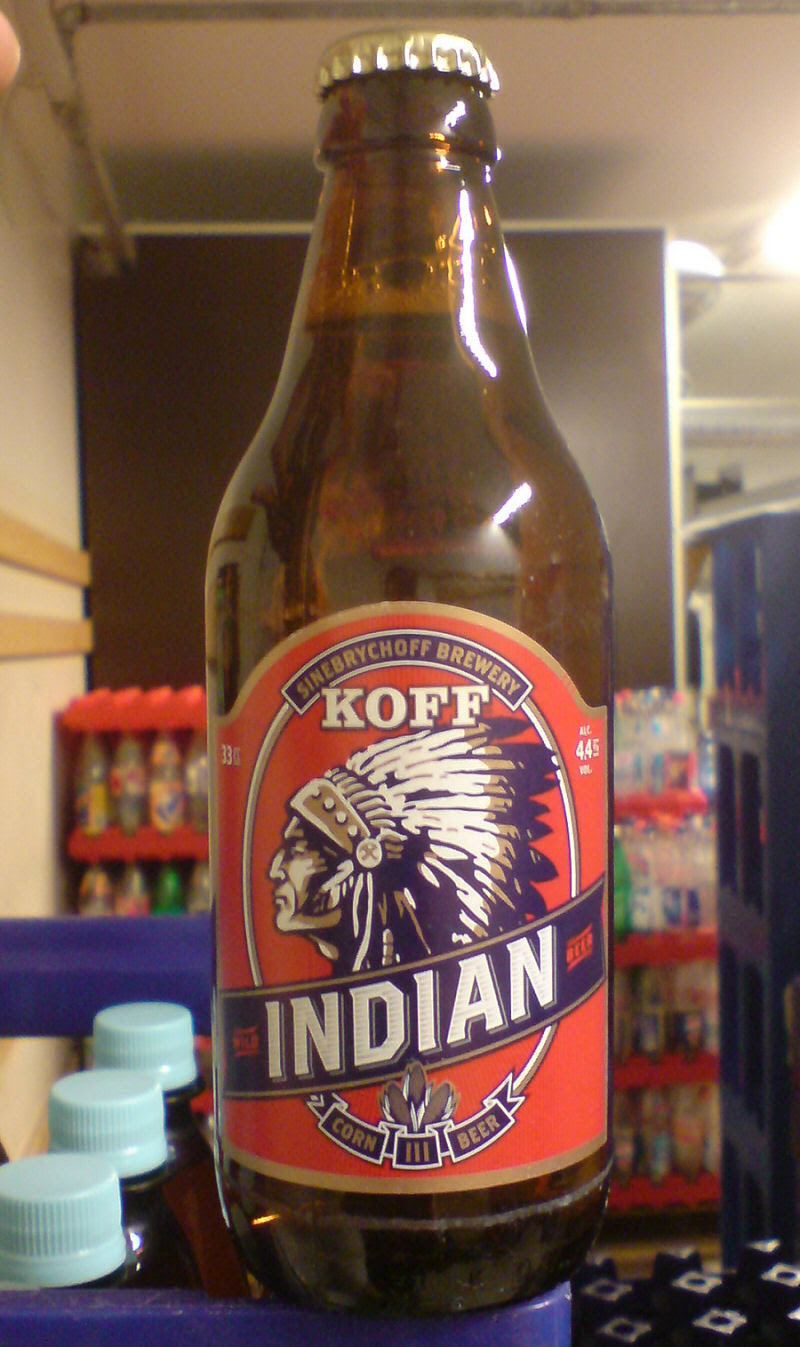 I really appreciate your blog, but the comment "Yes, we can tell how much Finns respect Natives..." kind of puts all Finns in one boat, doesn't it?

Making broad generalizations about ANY people is not cool.