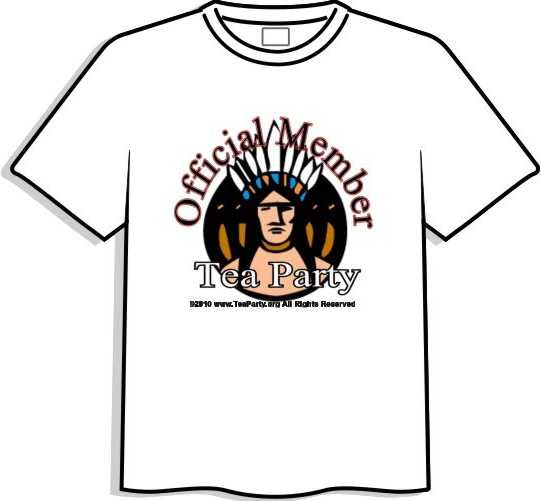 Comment:  The TeaPartySwag.com site may have taken the shirt down already. The link to the image above wasn't working when I tried it.

I'm not sure why anyone finds this shirt perplexing. Its point is obvious: that today's teabaggers are acting in the noble tradition of the original Boston Tea Party. But it's problematical for a few reasons: