What’s Not Going Bump in the Night?:  The Missing Folklore of Supernatural

For more on the overused Wendigo legend, see Wendigo Movies at imagineNATIVE 2010 and Hayden Christensen in Wendigo Movie. 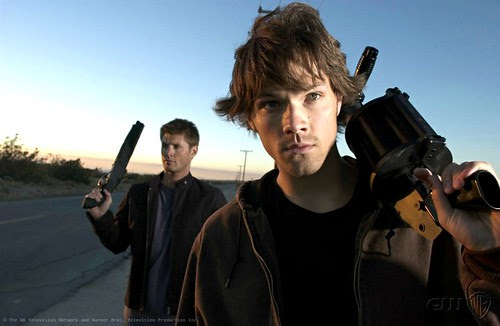 Well, it's supposed to be a "small-town America" show, and most of America's minorities live in big cities.

They had a kami on a few weeks ago, although it's not what a kami is.

The main characters are supposed to be from Lawrence, Kansas home of the University of Kansas AND Haskell Indian Nations University. We have minorities here!