By Steve GreenAnd:Comment:  I don't recall reading about any of the business or financial arrangements behind the Skywalk. Interesting to read about them now, but why weren't they reported before?

It's like reporting on a proposed casino, theme park, or monument. Don't just tell us how wonderful it's going to be, show us the money. 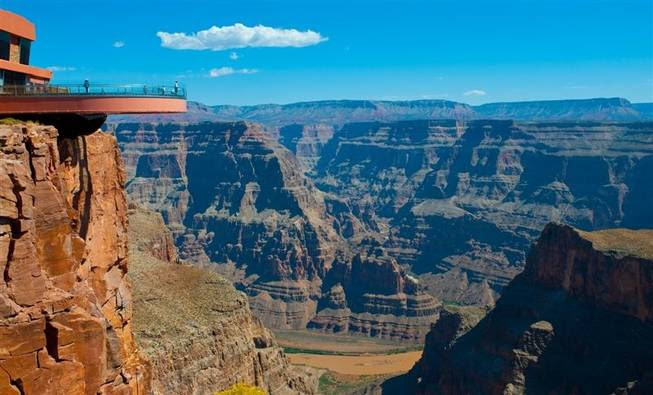 David Jin, the Henderson businessman who financed and constructed the $30 million Grand Canyon Skywalk, has filed papers in federal court to keep the Hualapai tribe from pushing him out and taking full control of the tourist magnet and the millions of dollars it generates.

At issue: Each side claims the other is responsible for the multimillion-dollar cost of running power, water and sewer to an unfinished visitor center next to the Skywalk.