In a 2007 interview, Adam Beach talks about playing Ira Hayes in Flags of Our Fathers.

By Carolina A. MirandaComment:  For more on the subject, see Tavare on Hollywood Indians and Hollywood Ghettoizes Native Actors. 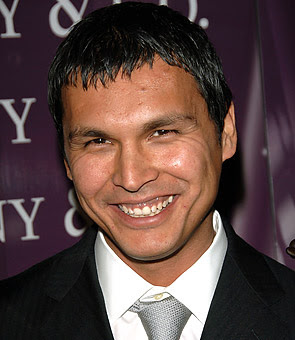