Whites think they're discriminated against

In the twisted right-wing version of history, whites are bias victims. Meanwhile, the poor get stiffed.

By Jeffrey O.G. OgbarComment:  For more on the Tea Party movement, see David Duke Speaks to Teabaggers and Teabaggers Seek White Christian Rule. For more on white fears in general, see Whites "Sick of the Race Card" and Whites Feel Like a Minority.

Below:  Something teabaggers don't mention when they talk about returning to the past. I wonder why not? 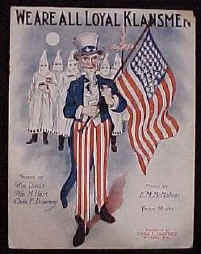 Part of the blame is from the fact that quota-based affirmative action demand such discrimination against whites.

Then you end up with situations like in Chicago where a bunch of incompetent applicants didn't make the cut to be firefighters. In a crazy court ruling, the sub-par black applicants get massive cash rewards and/or jobs. Just for not being up to snuff. The white applicants who also were to lousy to be firefighters get.... nothing. That's more racism.

Again, this is because affirmative action policies demand this.

"Studies find that with identical résumés, those with "white sounding" names have a 50 percent higher response rate from prospective employees than..."