The Ridge family and the Cherokee Blood Law 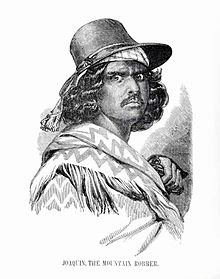 Comment:  I don't know if Ridge was really the first Native novelist. After all, Indians had participated in the Anglo-American culture since the mid-1600s. I would've guessed that someone preceded him.

The connections here are interesting. The Cherokee Ridge joined the Gold Rush, which caused the deaths of many California Natives. And he wrote about Murrieta, who may have had some Cherokee ancestry.

I got one better: Idi Amin had a military order called the Order of the Mosquito, because mosquitos kicked Europeans out. Of course, mosquitos also...aided in the conquest of the Americas.

When Idi Amin took over in 1971, Uganda had been free of colonialism for several years. At his time, getting rid of "Europeans" was just part of his genocidal intent: a convenient minority to scapegoat and have killed.