By John M. Broder and Clifford KraussComment:  For more on the subject, see Tantoo Cardinal Marches Against Pipeline and 10-Year-Old vs. Oil Pipeline.

Below:  "The proposed pipeline will carry oil from the tar sands of Alberta (above) to the Texas coast." (Jeff McIntosh/AP) 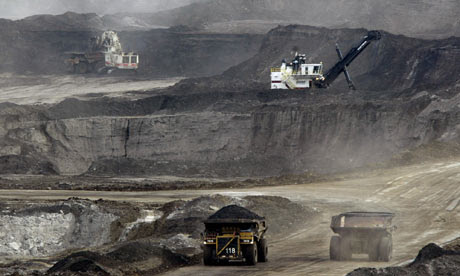