By Paul GittingsComment:  For more on Olympic Native athletes, see Best in the World at NMAI and First Nations Snowboard Team. 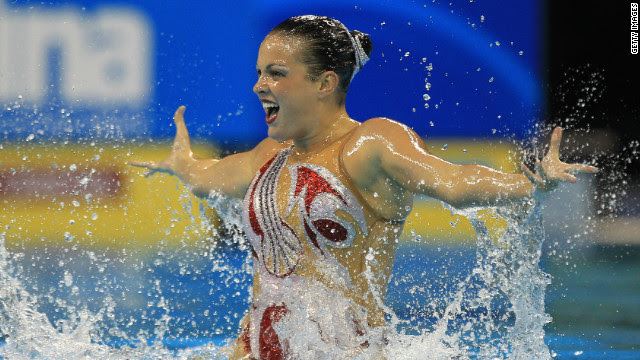 Synchronized swimming fans will have their eyes focused on Mary Killman and her partner Mariya Koroleva at the Olympics games in London this summer because they are the only two U.S. synchronized swimmers to qualify. Killman, 21, is a member of the Citizen Potawatomi Nation and she’s known to occasionally place the letters CPN on her swimsuits to honor her heritage.

Killman and Koroleva will be competing in the duets category and will be the only two U.S. representatives in the sport at the London Games. Team USA did not qualify for the team portion of synchronized swimming.