By Patti Jo KingNative Americans rally over surgical scars that some say show letters KKK; others have doubtsA Statement From Cheyenne River Sioux Elder Vern Traversie on the Violation of His Patient Rights

Comment:  We still don't know if Traversie was intentionally "branded." Or if the haphazard cuts were supposed to spell something.

But I thought surgery was supposed to involve one or two neat incisions. My question is how a patient gets dozens of cuts over his torso. Seems to me someone is guilty of incompetence if not malfeasance.

For more on the subject, see Indians Rally for "KKK" Victim and Lakota Man Branded with "KKK"? 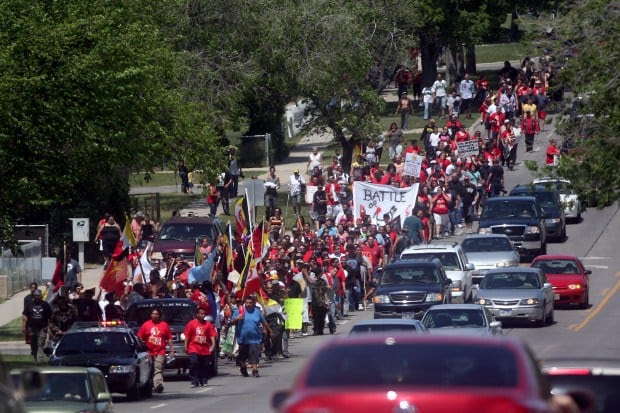