Elizabeth Warren–The Cherokees Will Not be SilencedComment:  The website tells us why Elizabeth Warren's case is an important issue. She's claimed to be Native and been touted as such by her employers.

For more on Elizabeth Warren, see Harvard Reported Warren as Native and Warren:  "My Mother Told Me So." 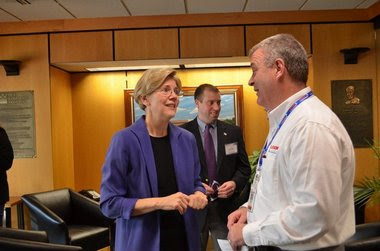