Trace Cyrus, Miley's Older Brother, Shows Off Scalp TattooComment:  Miley's brother gets a Plains chief to honor his Cherokee ancestors from a thousand miles away.

Are the Cyrus siblings really Cherokee? If their claims are accurate, they're in Johnny Depp territory (1/8 by blood), which puts them ahead of Elvis Presley and Elizabeth Warren.

For more on the subject, see Billy Ray Cyrus Gets Native Tattoos and Miley Cyrus, Cherokee? 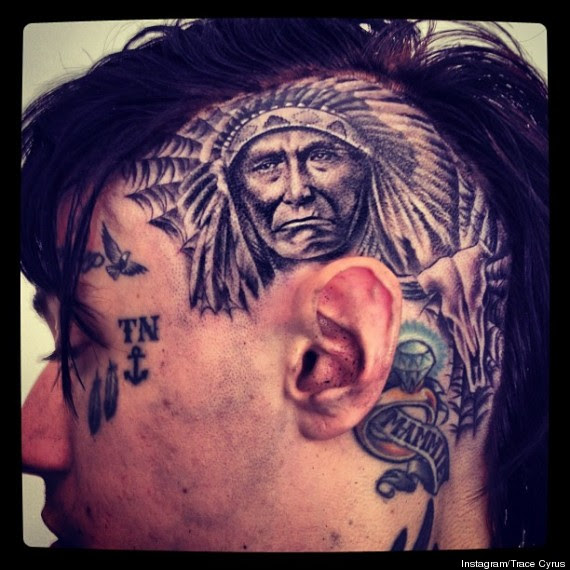 Let me just say, from a style perspective, worst. Tattoo. Ever.