By Chuck HagaAnd:A member of the Spirit Lake Sioux Tribe stated the obvious:

On its Facebook page, F.A.I.R. (For Accurate Indigenous Representation) posted the following:Comment:  Hard to believe that someone would choose an Indian mascot these days. This one tops the Fighting Sioux mascot in terms of being offensive and racist.

Not surprisingly, the owners are graduates of UND, home of the Fighting Sioux. It's pretty clearly they based their logo on the Fighting Sioux logo. No doubt they're trying to keep the "savage Indian" concept alive. And sending a message about how they won't buckle to political pressure. 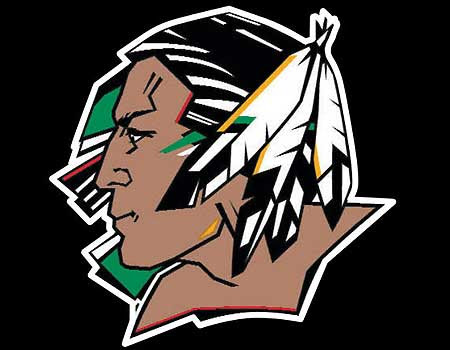