A photo essay surveys the Wind River Reservation in Wyoming:

By Robert JohnsonThe narrative starts off innocently enough, with several slides on the beautiful land and the tragic history. But then it grows increasingly negative. These slides are among the worst: 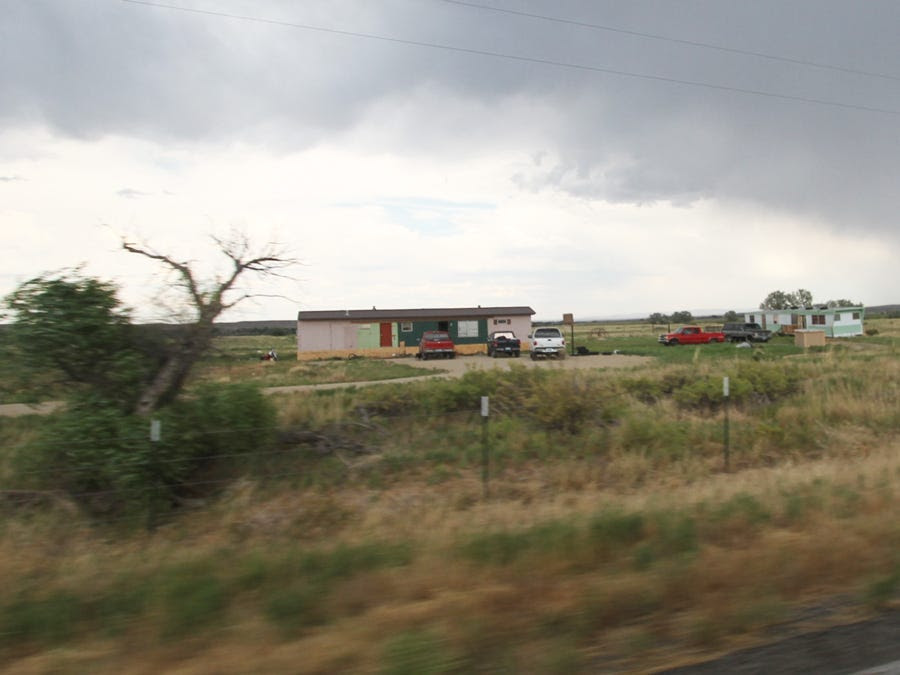 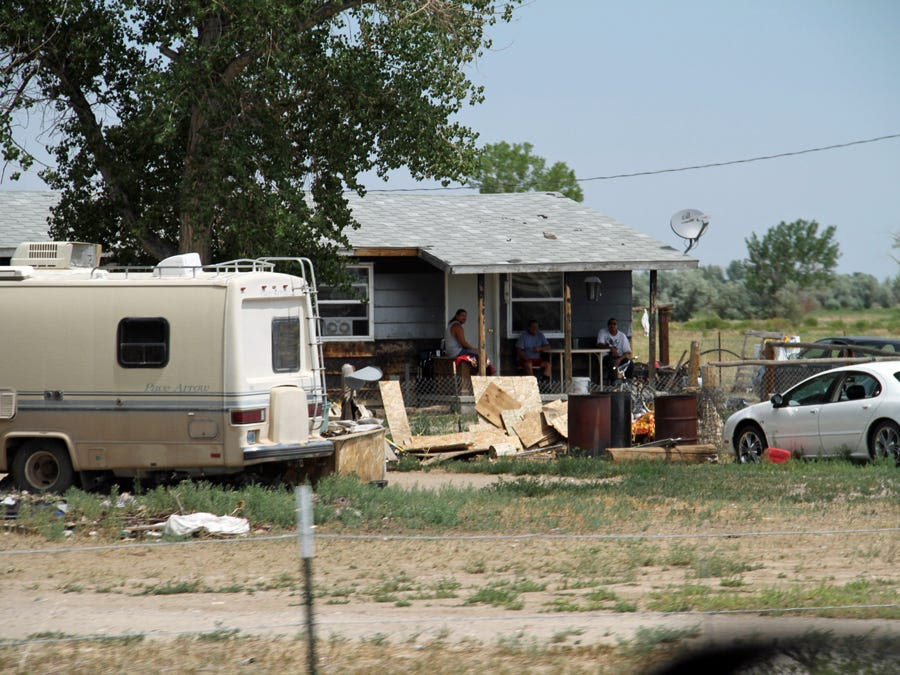 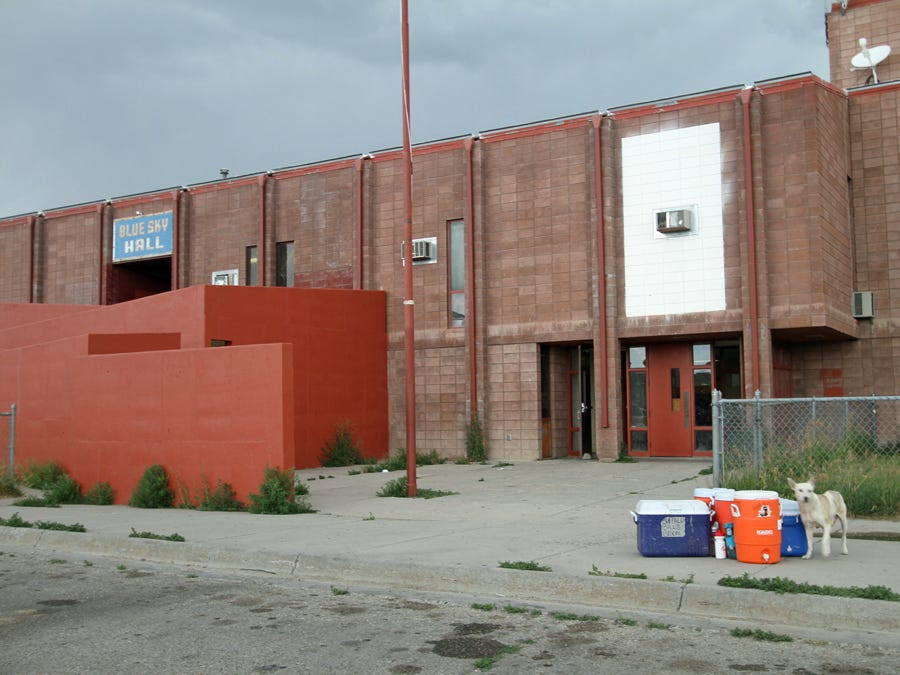 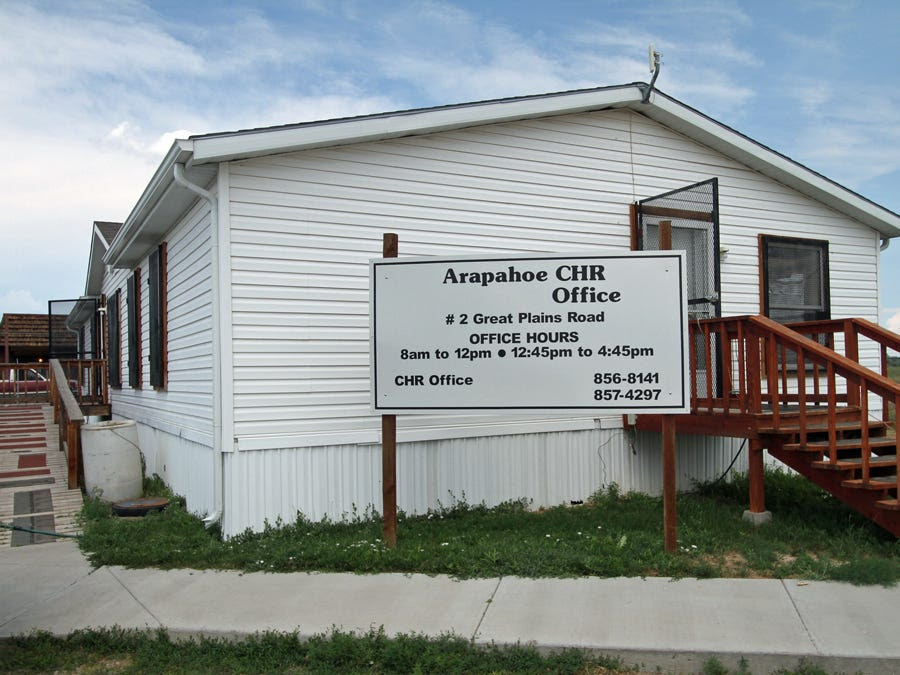 Although Johnson spent a week there, he took many of the pictures from a car--sometimes a moving car. His guide, probably a white woman, obviously has a biased view of the rez.

In other words, this is almost literally a case of "drive-by journalism." An outsider passes through without getting to know or even talking to the residents, and he thinks he can summarize it accurately.

I've done photo essays of my trips through Indian country too. But I hope I've merely described what I saw, not tried to spin it into some grand statement. I'd never label a photo album "Here's What Life Is Like" or the equivalent. The arrogance of that claim is astounding.

A reporter who apparently has covered Wind River in depth reports the reactions to this photo essay:

Below:  "Children play on a fence outside Blue Sky Hall in Ethete. Residents say the Wind River Indian Reservation is often a more hopeful place than is portrayed in press reports." (Lindsay D’Addato/WyoFile) 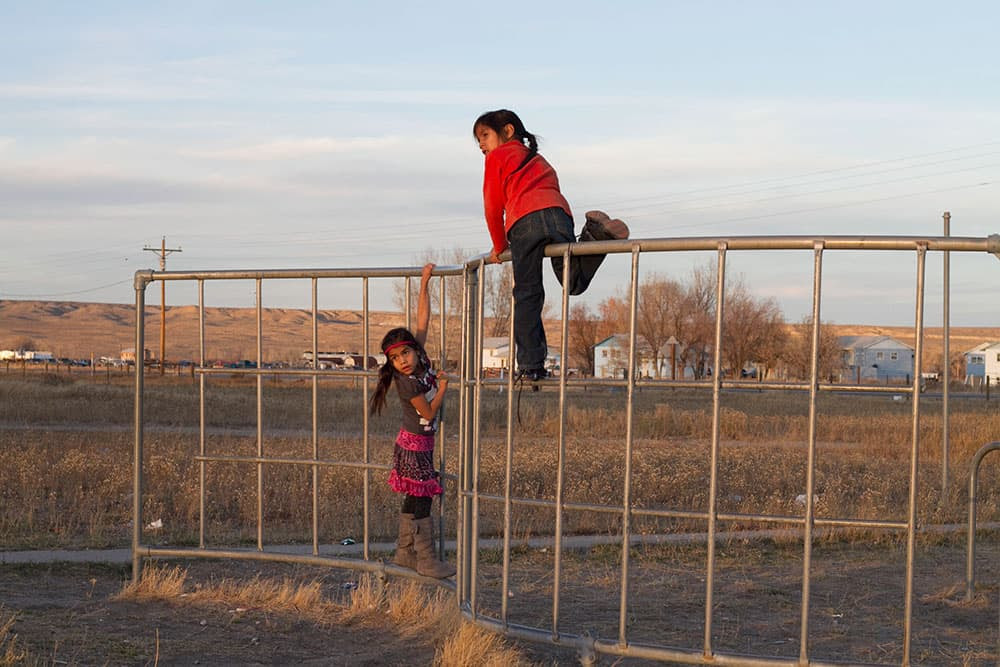 I've also noticed that the topic of modern Native Americans never seems to be raised without the spectre of alcoholism. Even by native writers like Louise Erdich (I'm reading Shadow Tag right now) and Sherman Alexie. I know it's a problem, but surely not every single 21st century Native American is an alcoholic, right?

But drugs are for sale (well, for a price of $0) there. Diabetics shooting up insulin, small children getting a hit of this season's flu vaccine.

I think who ever wrote this f##king article needs to get the facts straight before they start putting my reservation and my people down.. Our life is no different then anybody else in this world or other cities... So get it right... Before you even want to put anything out to the public .... Who ever wrote THIS f##king DISRESPECTFUL.... THAT'S MY COMMENT.. HATERS