Why The World Until Yesterday is wrong

Ever since Guns, Germs, and Steel, Jared Diamond has been writing about the history of civilization in general and indigenous people in particular. One critic says Diamond's latest book is fatally flawed.

Savaging Primitives: Why Jared Diamond’s ‘The World Until Yesterday’ Is Completely Wrong

As Corry notes, many of the claims for warlike Indians come from Napoleon Chagnon's study of the Yanomami people. For more on that subject, see Review of Fierce People and The Yanomami Scandal. 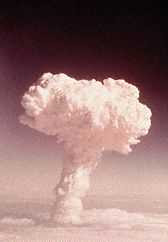 Really, the GGS series has only a couple flaws:

*Discounting petroglyphs and winter counts as "written language". I mean, they don't fit into the accepted theory of the origin of written language (which has to do with tracking debts), but that's not them, it's the theory.

*EXTREMELY tangential digression into the Clovis-first model versus Monte Verde, and discounting pre-Clovis cultures as the equivalent of Atlantis to say "we don't need to discuss this".