Indigenous rights are the best defence against Canada's resource rush

By Martin LukacsComment:  For more on Idle No More, see Nishiyuu Walkers Arrive in Ottawa and Idle No More in Europe.

Below:  "First Nations protesters are silhouetted against a flag as the take in a Idle No More demonstration in Toronto, January 16, 2013." (Mark Blinch/Reuters) 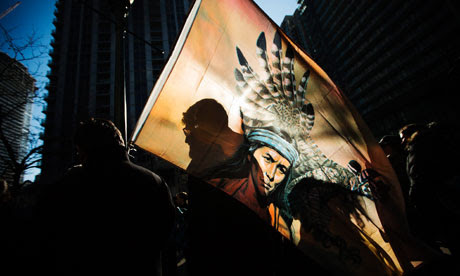