By Bryan EnkEnk misses the mark badly wiht his last comment. Based on the trailers, Depp's Tonto also speaks in broken English. More important, neither nor anyone else has claimed the Tonto character represents an authentic Comanche. The prima facie evidence--the ridiculous crow-head costume--argues just the opposite.

Adrienne Keene of Native Appropriations reposted this article on Facebook along with this comment:Her followers chimed in with the following:More excuses for Depp

Why 'The Lone Ranger's' Johnny Depp Joined the Comanche Nation

doesn't explain the title question. The answer is simple and obvious: to forestall criticism of Depp's performance. To give him instant credibility among gullible audience members. In other words, the way to whitewash redface is to get Natives to shill for you. 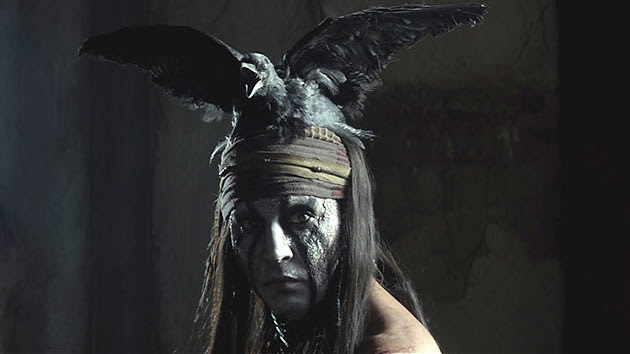