By Adrienne KeeneAdrienne addresses the casting issue, but says it may be the lesser offense compared to Depp's portrayal. She continues:At least one non-Native writer had a similar reaction: 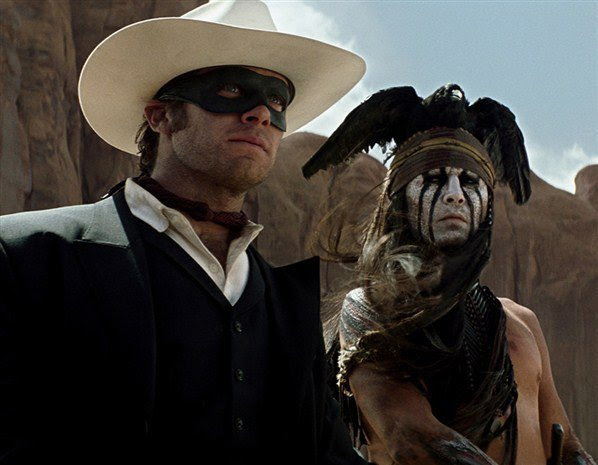 You'd be surprised. I've heard people tell me Victoria's Secret's headdresses were about the beauty of Indian women. (Why they're wearing an accessory for a high-ranking Lakota man, I have no idea.)

The army tool is this year's Taylor Kitsch. And the fake angry bird hat Indian he has as his sidekick is even less realistic than Kitch's giant grasshopper buddy.